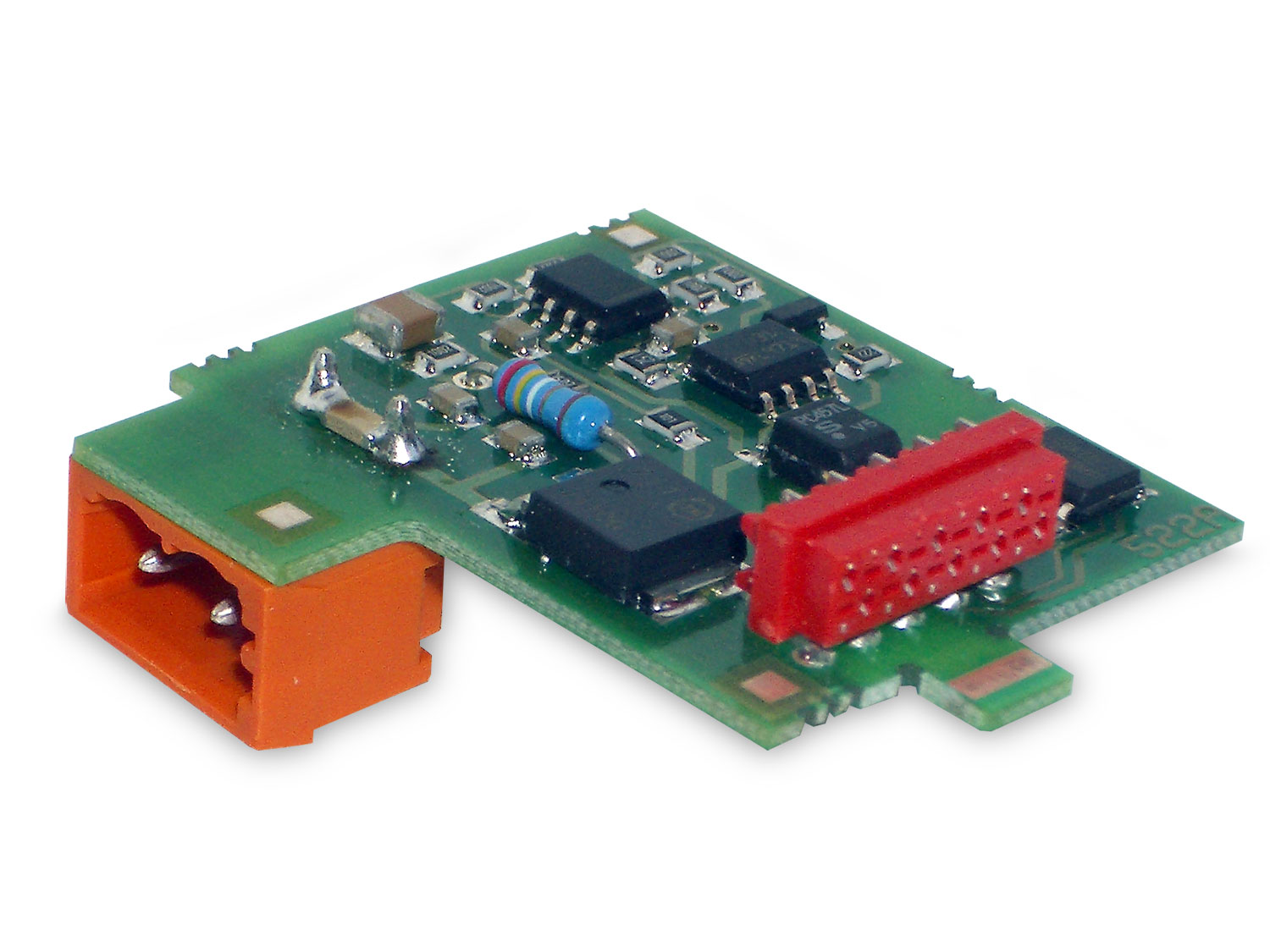 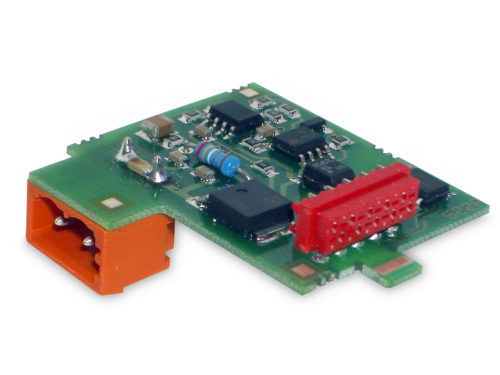 Two ranges of analog output (0-10 V y 4-20 mA) can be incorporated to the new MICRA family by means of an additional card, either the NMV card for voltage output or the NMA card for current output, which is installed on the meter’s main board via plug-in connector M3, both cards, cannot be used simultaneously.

The outputs are opto-isolated with respect to the signal input and the power supply. The optional board provides a two terminal connector [(+) and (-)] that drives out a signal variation from 0 to 10V or from 4mA to 20mA proportional to a user-defined display range. This way, the meter is furnished with a signal that can be used to control variables and operates at each moment proportionally to the magnitude of the effect under control.
These signals can also be used to transmit display information to a variety of terminal equipment such as graphic recorders, controllers, remote displays or other devices that accept input data in analog form.

The instrument will detect the type of option that has been installed and will operate in accordance.