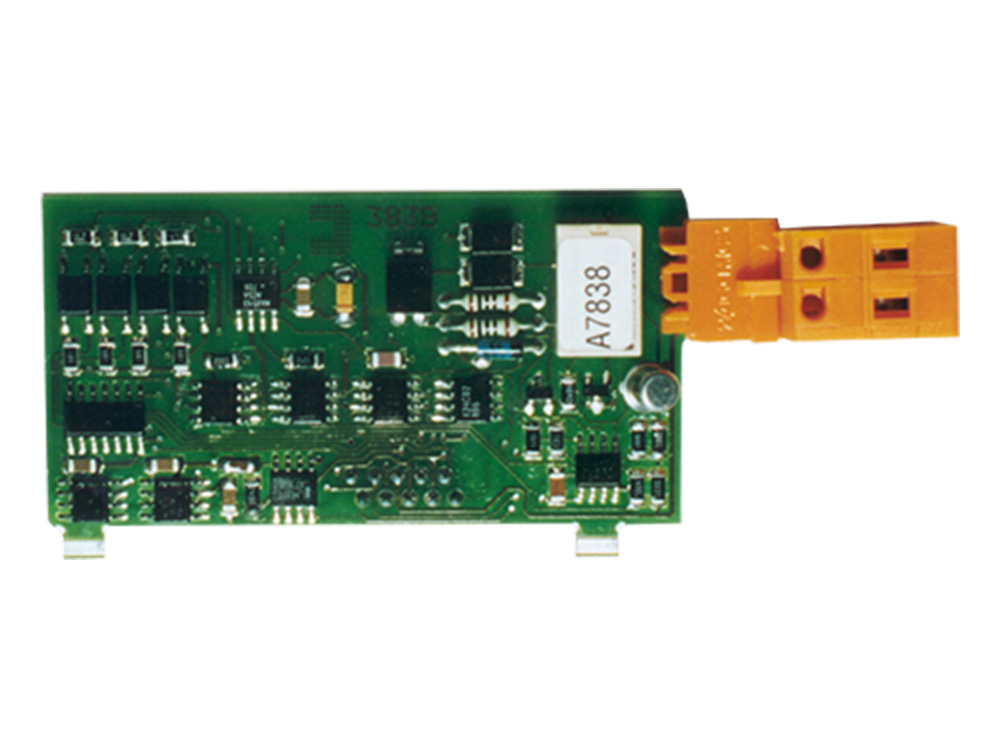 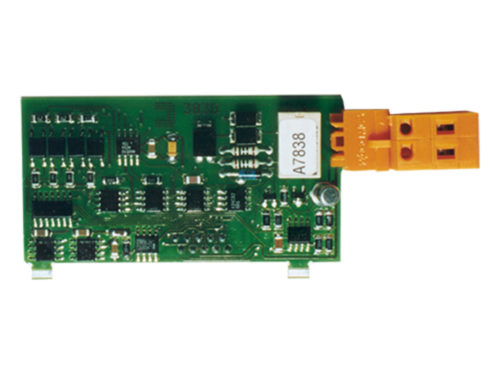 Two ranges of analog output (0-10V and 4-20mA) can be incorporated to the KOSMOS instrument ALPHA, BETA & GAMMA by means of an additional card (ANA option) which is installed on the meter’s main board via plug-in connectors.

The outputs are opto-isolated with respect to the signal input.

The optional board provides a two terminal connector [ANA(+) and ANA(-)] that drives out a signal variation from 0 to 10V or from 4mA to 20mA proportional to a user-defined display range.
This way, the meter is furnished with an output signal that can be utilized for proportional control purposes and also be used to drive a variety of terminal equipment such as graphic recorders, controllers, remote displays or other devices that accept input data in analog form. An exceptional feature is the possibility of setting the rate at which the output signal may change by either making it follow the display or the input signal conversion rate.